These cannabis companies have been handling the pandemic better than others 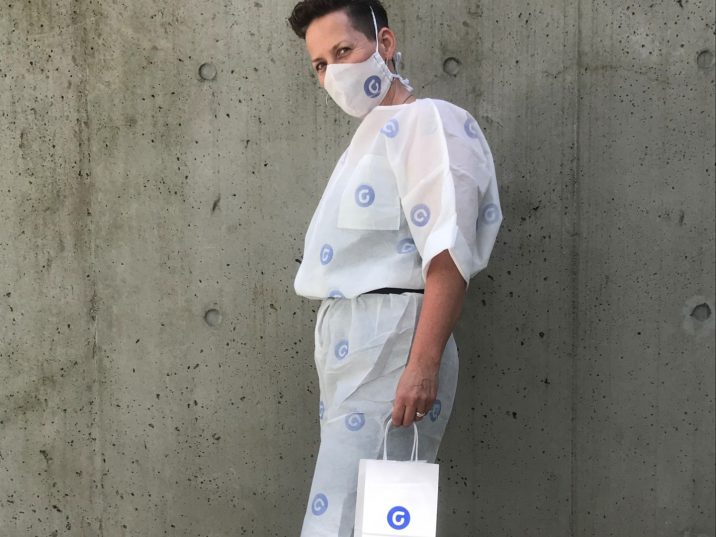 The key to minimizing losses during COVID-19 shutdowns is to remain nimble and be creative.

“The writing was on the wall,” says Harrison Stoker, vice-president of brand at Donnelly Group, a 20-year-old company that owns nine Hobo Cannabis stores across Canada. “We knew businesses were going to shut down, even if that didn’t happen right away, there was bound to be a cultural shift that would lead to the inevitable.”

The pandemic, and subsequent lockdown, has hit the hospitality industry hard. Within days, the company, which also includes pubs, cocktail clubs and barbershops in Vancouver, had to let go of over 700 people. “We gave them the opportunity to apply for government aid. It was the hardest decision we had ever made,” says Stoker. In cannabis retail, the employees were offered a lay-off with an assurance that as soon the opportunity for rehiring came along, they’d be the first to get a call.

Some employees took the option, leaving behind stores that still needed running. To fill in the gaps, the higher-ups answered the call. “Some from our management team, people had been working as director of operations, director of training and recruitment and our category manager, they marched down to the stores and worked there,” says Stoker.

As for the remaining positions, the company rehired the laid-off hospitality staff. “To us, there’s no difference between bartender and budtender. It’s just a different set of product knowledge,” says Stoker.

The company is now set to open a new cannabis store in Toronto in the coming weeks that will also be staffed by laid-off hospitality experts. “For the last month and a half, they have been getting training remotely from recruitment and training director in Vancouver,” says Stoker. “We not only get to open with incredibly skilled people but we also get to bring them back sooner than expected.”

While many stores across Canada are still open, consumers have changed the way they shop.

“People are pretty used to coming in and being guided toward the right products, whereas now they’re shopping on their own and buying by quantity and filtering by things like price, which was not necessarily the case when they were in-store,” says Mimi Lam, CEO and co-founder of Ottawa-based cannabis retail store Superette. They are moving towards “buying more, but less frequently — average basket size is almost double our normal in-store average basket,” Lam adds.

One would expect delivery to be the most popular option in the current circumstances. However, Lam reports around 80 per cent of Superette sales are still pickup. “People still see cannabis as something that they get in-person versus delivered to them,” she says.

Stores that don’t offer delivery, like B.C.-based cannabis store Village Bloomery, depend on “Click and Collect,” where orders are placed online and picked up and paid for at the shop. “Customers enjoy reading up and making their decisions from the comfort of their homes and popping by for a quick physically distanced but socially enriching visit,” co-founder Andrea Dobbs points.

Meanwhile, stores like Superette still had to focus on building a new team for customers looking to have weed delivered. “We’ve never had to think about fleet management with drivers/delivery people before,” says Lam. The store in Ottawa has 10 employees out of which five have been redirected to working as drivers. She adds, “Three out of the five were hired just for delivery and two are former budtenders turned delivery drivers that got re-hired.”

For six months Ontario-based Andrea Meharg had been prepping, and planning a weekend retreat for 50 women near Lake Huron in March. A cannabis coach, Meharg helps people figure out how best to use cannabis through her online platform Reveal Cannabis. “I run a couple of Cannabis Clubs in my local area as well as in-person workshops and I knew they were going to be cancelled, but it was my retreat I was really bummed about,” she says.

Having all the upcoming events cancelled was a huge blow, but as a one-person army, Meharg could adapt and adjust. “I’ve moved my Cannabis Clubs online so we meet on Zoom. I’ve done some live online workshops and phone consultations instead of going the in-person route,” says Meharg.

Although COVID-19 has taken a sizeable bite out of the revenue, larger organizations have had to deal with a heavier blow. Cannabis At Work reports that almost 3,000 cannabis jobs have been eliminated in the past nine months, representing an estimated 30 per cent of the total cannabis workforce in Canada. Alison McMahon, CEO of  Cannabis At Work, says “What’s interesting is that even though big players were laying people off, there’s potential for growth at small and middle-tier businesses.”

The hiring shift is quite noticeable in companies like Donnelly Group and Superette that are employing laid-off employees. Others are working at a pace where they can sustain themselves such as cannabis wellness company Materia Ventures. The 21-member company hasn’t hired additional staff or laid-off people since the outbreak.

“Cannabis has proven in many ways to be a countercyclical business much like alcohol, pharmaceuticals, etc. are,” says CEO Deepak Anand on the COVID impact on the business. “Due to the pandemic, we have seen people purchasing cannabis for both medical and non-medical purposes in a heightened manner across the globe.”

While measures to combat the spread of the pandemic will continue in one form or another for the foreseeable future, the companies who can adapt to change seem as though they’re here to stay. Meharg says, “I’m able to reach people from all over the world, not just my geographic area. I wish I could say that the online work replaced my pre-COVID income, but it’s not close, so I’m still weighing out options.”