The Importance of Competition 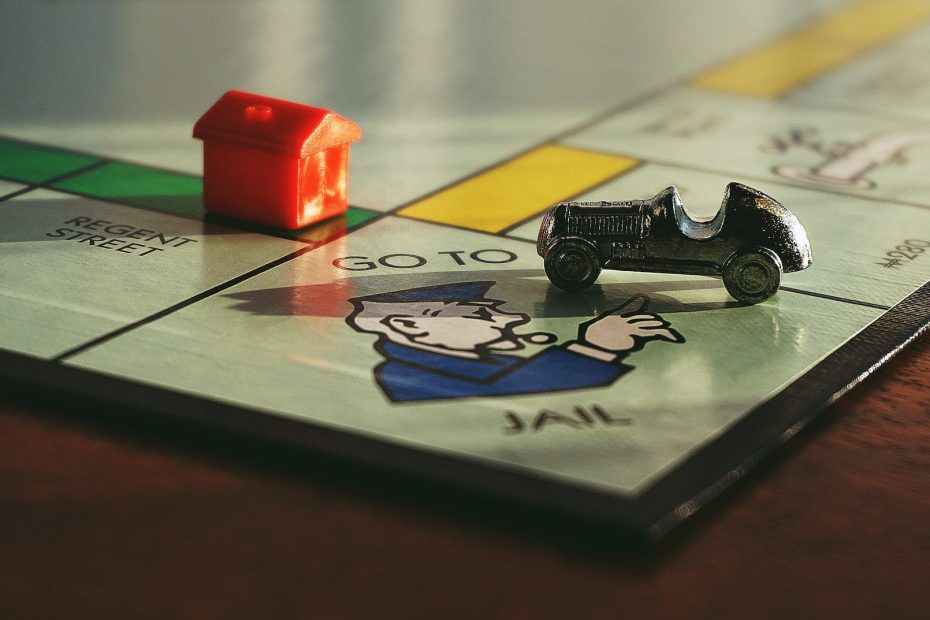 Why any monopoly is bad for customers and the viability of any cannabis business involved.

When I’m not the Executive Director leading NORML Canada, my husband and I own 2 successful regulated cannabis retail stores in Kingston, Ontario. In our city, we’ve always competed with the same core handful of people. Some whom we have a super friendly working relationship with, and some I would describe as more adversarial. I would hate to compete with me in my hometown, so I get it. There’s this one guy who I have been competing with for years. He’s the kind of competitor that shamelessly copies all your best ideas, the ideas that you really laboured creatively over. This guy has knocked off our name, cool things on our website, our tagline, parts of our interior design concept, he even moved next door to one of our locations. I used to get miffed when this guy would copy me, I would roll my eyes and say a more impolite version of “he’s at it again.”

Over the last couple years though, I’ve reframed it to come from a place of gratitude. I am grateful because having him nip at my heels makes me run a little faster, it makes me a little more creatively nimble. Necessity is the mother of invention and when I start to get knocked off, I get a feeling that I NEED to evolve. It’s a stirring inside me that says, “if the least creative person in the universe was able to knock it off, it’s old now, it’s time to come up with something better.” He makes me want to innovate to something harder to knock off. We tend to have an adversarial relationship like I said, so I know when he reads this (from an incognito window, red-faced with steam coming out of his ears) he’ll be surprised to know that I love having him as my competition because he makes me better. He shakes me out of complacency. I thrive when I have competition. I can’t be number 1 if there is no number 2. The victory of winning by default is not as sweet as really winning.

On one hand, it could be argued, that some monopolies exist to ensure critical infrastructure (like hydro) is maintained and delivered to all at a fair rate. On the other hand, monopolies also restrict free trade and hinder the free market by setting prices and specifically price fixing (setting any price they choose, setting the market price). Monopolies also lead to declining product quality and/or service (no incentive to work with customers or even provide decent product), a lack of innovation generally (due to complacency and no real incentive to do better), and cost-push inflation (price increases when supply costs rise, or supply levels fall). Additionally, monopolies may assume there is an inelastic demand for their product–meaning that people will buy it regardless of a price increase.

When we look at the cannabis industry, we see provincial entities acting like monopolies in a lot of ways. I live in Ontario but can see the same or similar problems arising in every province. I believe the provinces can exist as wholesale entities to ensure all retailers have equal (or the provincial version of “equal”) access to inventory. It can be difficult for small independent store owners to make connections with producers (and likewise, hard for small producers to find the means to connect with every retailer in the country). That said, they should only be the fail-safe, not the standard, and there should be multiple venues for supply. The cost of dealing with the province is high and it shouldn’t be monopolized.

Provincial wholesalers restrict free trade. Retailers in all provinces are only allowed to deal directly with the provincial wholesalers in their own province. Retailers are not permitted to purchase from other provincial wholesalers. Most provinces aren’t even allowed to source cannabis directly from the Licensed Producers. Considering the products are already excised, retailers should be allowed to source from anyone with a sales license. This minimizes supply issues and increases access of legal, regulated cannabis to all communities. All cannabis stays in Canada, so there should be no issue shipping products throughout the provinces. This also eliminates one single carrier and logistically becomes easier to get cannabis in stores (no more worries about the only company delivering to stores getting cyber attacks).

Provincial wholesalers price fix and inflate on a whim. The provinces negotiate purchase price from the Licensed Producer, choose a wholesale markup to charge retailers, and then choose another mark up to sell retail. For arguments sake (because there is absolutely no transparency on this matter) using a standard formula, let’s assume that they purchase something for $10, resell it to retailers for $20 and sell to end user consumers for $30 (which becomes the MSRP). The province can argue that “retailers can choose whatever mark up they want” but realistically must stick to the consumer price the province set (or risk losing retail business to the OCS, their supplier). Additionally, they choose when items undergo a price drop, and something a retailer purchased for a wholesale price of $20 could potentially have a provincial retail price of around the same or less (removing or almost removing all profit potential). It leaves no room for promotional pricing and forces retailers to find other means of revenue generation (usually through things like “data agreements” where Licensed Producers effectively purchase shelf space in a roundabout way).

Provincial wholesalers lack transparency about how they make purchase decisions. The province “curates” the product offering and chooses what will be for sale in the whole province. A select number of buyers in each category (who we must just trust have cannabis expertise) pick what the province stocks. First, even if they had experience and expertise, the category managers are making blind purchases–they don’t get to try or see any of the products. From a Licensed Producers perspective, this is really bad news. You could toil away making your perfect product but for whatever reason it doesn’t get picked up by the province. It could be based on what the province determined it needed (based on undefined factors) or it could be that the company doesn’t have a strong relationship with the category manager. The fact is there is no transparency about how these products are chosen and it results in a large door (to an entire province) being shut on the faces of producers who toiled away for months creating a product. Any regulated product that has an excise stamp should be available for sale in any province.

Provincial wholesalers are not motivated or incentivized to provide a valuable service. When there is no competition, and you make all the money why would you care to make anything better? With no incentive to improve operations or make things better for retailers nothing ever changes. Competition would mean no or at least minimal disruption in service, net payment terms for retailers, a diverse selection, warehouses all over (instead of one warehouse and flow through), more frequent deliveries (which will help in staff savings, no extra staff hours needed), niche retailers, more influence on products available, a differentiation of products offered from competition (to name a few off the top of my head) . For consumers this means a larger product selection and savings overall (retailers can afford to pass on savings instead of breaking even–where we are now). For the economy it means more distribution, logistics and warehouse jobs, and more revenue being spread out throughout all of the provinces. Quite frankly, if Licensed Producers were allowed to ship themselves or use approved logistics services to ship (as opposed to having to first get buy in from the provinces and then have the luxury of selling to them at a distributor rate) most of the companies that folded in the last few years might still be in business. The fact is when it comes to cannabis pricing (like most goods) it’s a race to the bottom. Neither retailers nor producers can afford an expensive and complacent middleman.

Provincial wholesalers don’t understand that while the demand of cannabis is indeed inelastic, the demand for regulated cannabis isn’t. This is the first time recreational cannabis has been sold legally in Canada but it was sold illegally for decades before that. When regulated stores began running out of cannabis unregulated sellers started showing up out front of the closed stores. While indeed, people want convenience and accessibility that regulated stores provide, when those stores are unable to sell, customers don’t stop buying cannabis, they just go to the next convenient and accessible solution (regulated or not).

Yes, cannabis was legalized recently (and a lot of that time has spent managing a pandemic). The provinces have only been selling cannabis for a few years and this has meant retailers have been left to clean up the mess of rookie mistakes. The largest mistakes they’ve made so far involve a lack of foresight and contingency planning (no plan B). While the provinces sometimes refer to retailers and Licensed Producers as “partners” true partnerships do not have the power imbalance that the provinces hold in their favour. From my perspective as a retailer sometimes we feel kept in the dark, and other times we feel like decisions are made unilaterally with no consultation from retailers (or Licensed Producers) at all. Retailers took on the expense of bricks and mortar stores, Licensed Producers took on the expense to build facilities. The OCS has only invested in private contract holders (with no transparency about why specific groups were chosen). There is no sound reason why provincial wholesalers should have a monopoly and in fact, it’s detrimental to the health of cannabis industry that they do.