‘Inmates are genuinely scared’: Why cannabis advocates are calling for the release of detained offenders 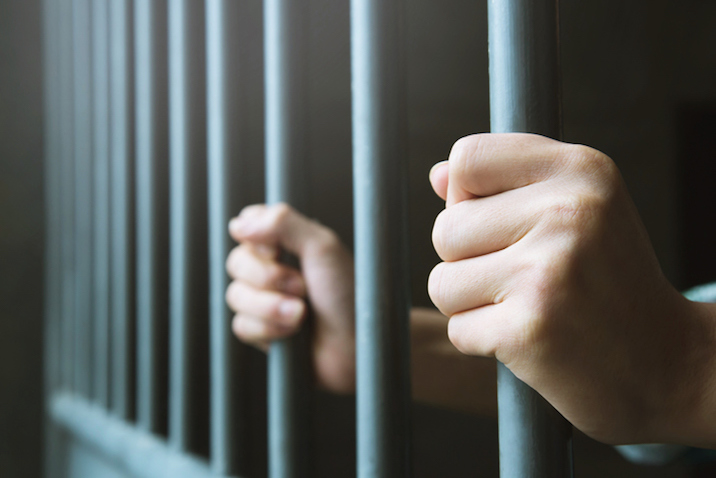 “People don’t usually get rattled by institutional failures after a lifetime of being failed by the state,” says NORML Canada executive director Caryma Sa’d. “The anxiety surrounding COVID-19 seems different.”

While it’s unlikely that anyone is currently in federal prisons for only cannabis-related offences in Canada, it’s possible there are individuals in provincial jails still serving time for weed crimes. In the United States, of course, where cannabis is still illegal federally and in 17 states, the numbers are much higher.

That’s one reason why cannabis advocacy groups such as the National Organization for the Reform of Marijuana Laws are joining a chorus of advocates like Steve DeAngelo and former NBA player Kevin Garnett across North America to decarcerate — remove people from jails, prisons and other similar institutions — as a means of preventing the spread of COVID-19.

“Because of the unique public health threat that we are now facing, one that is exacerbated by close physical contact among those infected, we are recommending … (that we) review and release currently incarcerated individuals who are either in jail or in prison solely for the commission of a nonviolent marijuana-related offence,” the American branch of the group wrote in an April 1 memo. They also asked that cannabis law enforcement be “deprioritized” and charges for non-violent marijuana offences be dropped at this time.

The GrowthOp asked Caryma Sa’d, a Toronto-based criminal lawyer and the executive director of the Canadian branch of NORML, about why Canadian cannabis advocates are joining the call.

Q: What is the atmosphere like in Canadian jails and prisons through the pandemic?

I can only speak to conditions at the Toronto South Detention Centre, but it’s my understanding that the problems are similar across the country. Inmates are genuinely scared. It’s jarring, because I have never heard this level of distress before. And this is from people who have experienced unspeakable forms of trauma — people who don’t usually get rattled by institutional failures, after a lifetime of being failed by the state. The anxiety surrounding COVID-19 seems different.

There’s no hand sanitizer available for inmates to use, and in some cases not even enough soap. Inmates are under near constant lockdown, which means limited access to showers, and virtually no access to programming. There are labour shortages. Some guards are wearing masks and gloves, others are not. There are some parts of the jail that are on quarantine, but inmates are not getting proper updates about infection within the institution. Instead, they are being told that information will only be shared on a “need-to-know” basis. This is extremely unsettling.

Q: Why are people who are incarcerated more at risk for contracting COVID-19?

Inmates have limited autonomy. They are in close contact with others with virtually no ability to self-isolate. They do not have control over their level of hygiene. There are also concerns about the level of care that will be afforded to affected inmates. Even at the best of times, medical care is difficult to access on the range. This issue will only be exacerbated in a pandemic.

Q: What do you think we should do with people who have been convicted of cannabis-related offences?

I would like to see the federal government offer expungement for non-violent cannabis offenders. This would alleviate some of the ongoing harm caused by criminal convictions (such as impact on employability, etc.) while also acknowledging that the enforcement of prohibition was historically unjust.

The federal government should also revisit penalties set out in the Cannabis Act, which in some ways are harsher than before. Several offences are considered “hybrid,” which means the Crown can proceed by summary election or indictment. If they choose to go ahead indictment — meaning they treat the matter as a more serious charge — the accused would not be eligible for a conditional sentence order (i.e., house arrest) if they get convicted. This effectively means that judges will not have the discretion to order a sentence that avoids jail. The current legislative landscape risks perpetuating the harms associated with criminalization.

Q: Critics will say people should do the time they’ve been sentenced to if they committed a crime. What is your response?

I think it’s important to consider the history of cannabis prohibition, including why it was criminalized in the first place and how the laws were enforced. For nearly a century, the government’s approach was not evidence-based. Rather, prohibition is inextricably linked to racism and classism. This becomes even more apparent when you consider who is currently benefiting the most from legalization — it’s not the same demographics who suffered the harms of criminalization, such as black and Indigenous people.

Q: Should Canada mimic anyone else’s treatment of incarcerated people as we manage public health through the pandemic?

We have seen upwards of 85,000 people released in Iran, as well as mass release in the states of California and Massachusetts. Canada has made some strides in releasing inmates, but more needs to be done. The government also needs to ensure there are adequate supports for released individuals, otherwise they are being set up to fail.